Warning: Use of undefined constant DATABASE_SERVER - assumed 'DATABASE_SERVER' (this will throw an Error in a future version of PHP) in /nfs/c12/h08/mnt/216973/domains/nataliegamsu.net/html/wp-config.php on line 32
 » Reviews 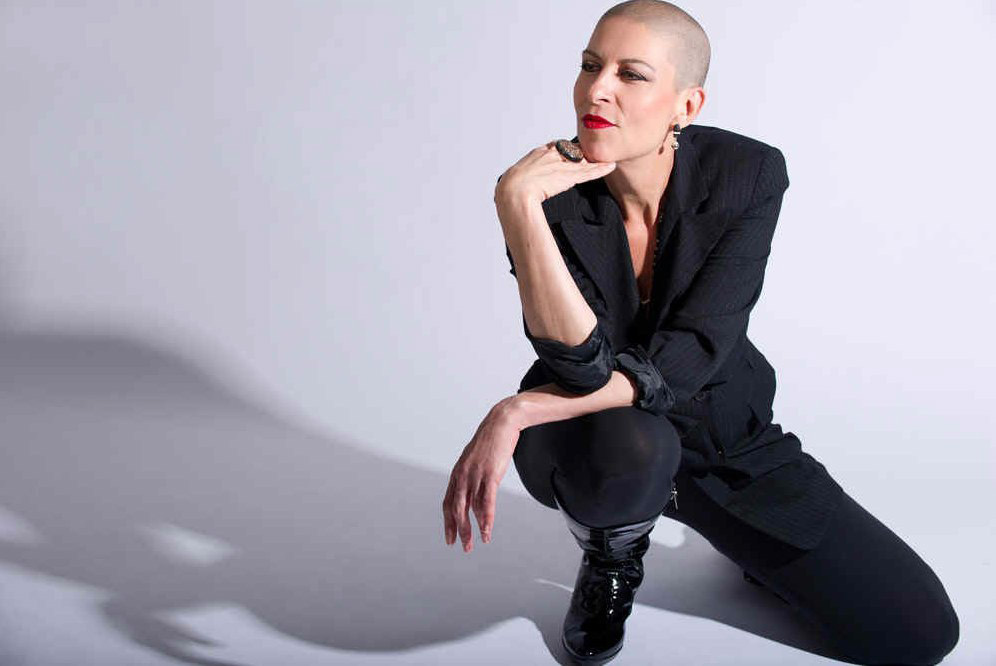 “Find a more unique and captivating performer than Natalie Gamsu and you’ve discovered someone quite incredible.

Gamsu’s show isn’t a typical cabaret presentation. Not once does she talk about herself, her life experiences or what is to come in the future. She’s been there, done that, and her decision to present a show that vacates the traditional form is a winner.

Gamsu uses verbatim monologues of women to break up the songs. These monologues are at times deeply emotional, and at others sensationally funny and as the night goes on the brilliant delivery of these moments only proves Gamsu is a truly experienced actor who has it all together – not once does she slip and at all times is the consummate professional.

Song choice wise, Gamsu is also impressive. She’s got everything from Stephen Sondheim (‘Pretty Women’) to Jewel (‘Hands’) thrown in and her performance of the latter is truly remarkable, almost proving the number works well for a slightly older performer than the original singer as it takes on so much more meaning

In short, Gamsu is sensational and remains one of the most under-rated performers in the country.”

“Many years ago, before she had become a household name, I saw Bette Midler perform in a small club in Philadelphia. What an extraordinary evening that was! I was reminded of it last week when I saw Natalie GAMSU at Fez Under Time cafe: There was the same excitement in the air, the same sense that we were in the presence of someone very special – someone with a unique talent and a commanding presence, a consumate artist and a splendid entertainer.

With material from sources as diverse as tradtional klezmer, Miriam Makeba, Loudon Wainwright 111, and Cole Porter, gamsu held the packed house in her thrall. Bette Midler became a superstar only moments after that Philadelphia engagement. If there is any justice…………”

“…Natalie Gamsu is one of the most extraordinary talents to hit the Gotham nitery circuit. A combination of dark, rich mezzo-to-contralto-range pipes; an ability to perform brilliantly in several musical styles; and a talent for both both drama and comedy mark this native South African as a full-steam-ahead comer.

…..that Natalie Gamsu will become a star is a foregone conclusion. The only question is , “When?” ”

“…Small is not a word that applies to Gamsu. A full-figured gal, she is an enormous talent with a big, rich contralto/mezzo. ….this striking soloist camps it up…but it’s her ballads that’ll blow you away.

….Gamsu already has come a long way – from South Africa, no less – and she’s bound to go even further.”

“Gamsu is not afraid to take chances. First of all, she allows audiences an opportunity to get close, to learn, in part what makes her tick….Gamsu reveals she is as fine an actess as she is singer. ….Gamsu smacks of greatness.

She may be eking out a modest living in the Big Apple today, but just wait until she gets some national TV exposure. We can only hope she recalls just where it was she made her California perfomance debut.”

“On the club scene, a noisy buzz lured me to check out one Natalie Gamsu…….With black fingernail polish and arms flapping like a dememted swan, she hits so many clams she should open a fish market.
Instead of the cool jazz intonation one expects from Harold Arlen’s blues-tinged torch songs, Ms. Gamsu’s rich but misguided contralto takes on the dark, stark bellow of a funeral mourner. She grew up in the desert listening to Miriam Makeba. It’s painfully obvious she should have been listening to Lena Horne”

“As the final curtain drew near, my heart sank with the familiar fear one experiences at a perfectly wonderful show. How were they going to end it? What could they possibly do to top what we have already seen?

I needn’t have worried. Cronje has left the last song in the endlessly capable hands of Natalie Gamsu, who plays her voice like a cello, rolling it out of a gut-bucket lower register and on up the scale until it shines like a smoky topaz.

She belts out a revivalist humn entitled Holier than Thou, which brought the house down, hauled the audience on to its feet and literally stopped the show.

Move over Mahalia Jackson, step aside Sarah Vaughn, Natalie Gamsu is serious competition – and she alone would make the show worth seeing.”

“A Triumph for Natalie….”

“A knockout success, that’s Natalie Gamsu’s portrayal of the great Mae West in a show that ranks as one of the best entertainments in town.

Ms Gamsu’s Mae is a joy to behold. She looks and speaks the part to perfection and her raunchy contralto is shown to excellent advantage….”

“From “Hallelujah” to “Amen”, the super-slick musical revue “Not The Midnight Mass” causes a fervour that has little to do with religion and a lot to do with a gut legal reaction of enjoyment.

For it’s opening night the word had already got around that this one is good and every inch of the Black Sun was filled to capacity.

I was completely captivated from the word go all the way through to the final encore. The strongest voice and the truest ear in the group is that of Natalie Gamsu and her version of “Guilty of Lovin’ You” is a knock-out.”

“Uninhibited Natalie is a sparkler….”

“…Natalie Gamsu held her audience in her spell and, together with accompanist Surrendren Reddy, provided the cherry on top……

What enables Natalie to infuse old standards with a new freshness and make hot jazz so hot:

First and foremost there is her sensual, richly timbred voice – always sheer velvet in the lower register. Her phrasing is superb and her interpretation gives the lyrics an original flavour that is unmistakably her own.

Then there is her sassy personality laced with sparkling eyes and warm smile. She immediately rivets one’s attention as she struts her act with uninhibited, rhythmic body language.”