Warning: Use of undefined constant DATABASE_SERVER - assumed 'DATABASE_SERVER' (this will throw an Error in a future version of PHP) in /nfs/c12/h08/mnt/216973/domains/nataliegamsu.net/html/wp-config.php on line 32
 » Biography 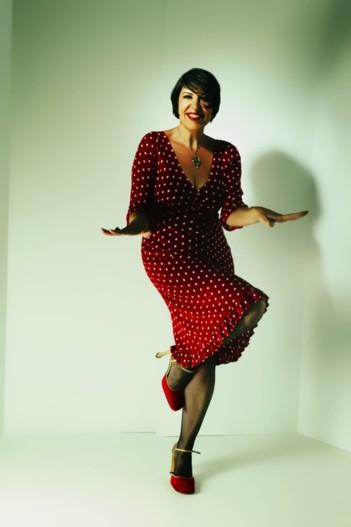 Natalie Gamsu is a singer, actor and cabaret artist whose performances have been acclaimed in New York, Chicago, Los Angeles, London, Berlin, Amsterdam, Sydney and Johannesburg.

Born in Namibia, Natalie studied Drama at the University of Cape Town, South Africa. She established a strong following with her own solo cabaret shows, musical theatre, and the television series, The Big Time, for which she won, Best Actress in a TV series.

From 1992 until 2003, Natalie lived and worked in New York City. She made her Manhattan cabaret debut at the Greenwich Village cabaret room, Club 88, where she subsequently headlined six seasons with her own shows. She went on to perform at the famous Oak Room, Fez, and The Russian Tea Room. She won the Backstage Bistro Award for Outstanding Vocalist and a MAC Award for Outstanding Female Vocalist in 1997 and 2000. Her debut CD Weave also received a MAC nomination for Best New Recording.

Natalie featured in the documentary Showbiz Is My Life with the cabaret icon Julie Wilson and Baby Jane Dexter.

In 1996, she made her London debut at the ICA, in Gary Carter’s Acts And Revelations. They collaborated again in 2000 at The Birmingham Repertory Theatre with Anger Is Not A Place I Like To Be commissioned by the Fierce Festival. Masque Of Water, commissioned by Queer Up North was performed at The Royal Exchange in Manchester in 2005.

Since moving to Australia in 2003, Natalie has performed in clubs in Sydney, Melbourne, Perth, and at the Adelaide Cabaret Festival. She continues to create her own one-woman shows, recently producing her second CD, Misfit.

Natalie has been delighted to collaborate with the extraordinary artist and sculptor Ken Unsworth, singing with a 19-piece orchestra for his installation A Ringing Glass at Cockatoo Island, and at the Art Gallery of NSW in House of Blue Leaves.

Natalie also works on the large and small screens. Her most recent credits include the on-going role of Jan Barton in the long running Australian soap Neighbours, and the role of Fatima in the Feature Film, Ali’s Wedding, (produced by Matchbox Films), which is in post-production.